Location of the Iga Region

The origin of Iga-Ryū-Ninjutsu can only be understood by taking a closer look at the Iga region. From the beginning, the Iga region belonged to the Ise province, but around the year 680, they were divided into two. Ise has always been one of the most important regions in Japan because it had a long coastline and the Tokaidō street between Edo and Kyōto passed through this region. Iga Province developed into a relatively self-contained region, surrounded by mountains on all sides except the northern side, near the Kōga region in the south of Omi Province. Ninpō culture was developed in these regions. Both regions, the Iga and Kōga regions were located relatively safely, just a little southeast of Kyōto, the capital of Japan, and south of the Tokaidō street. Thus, these regions were very centrally located and played an important role in the history of Japan. 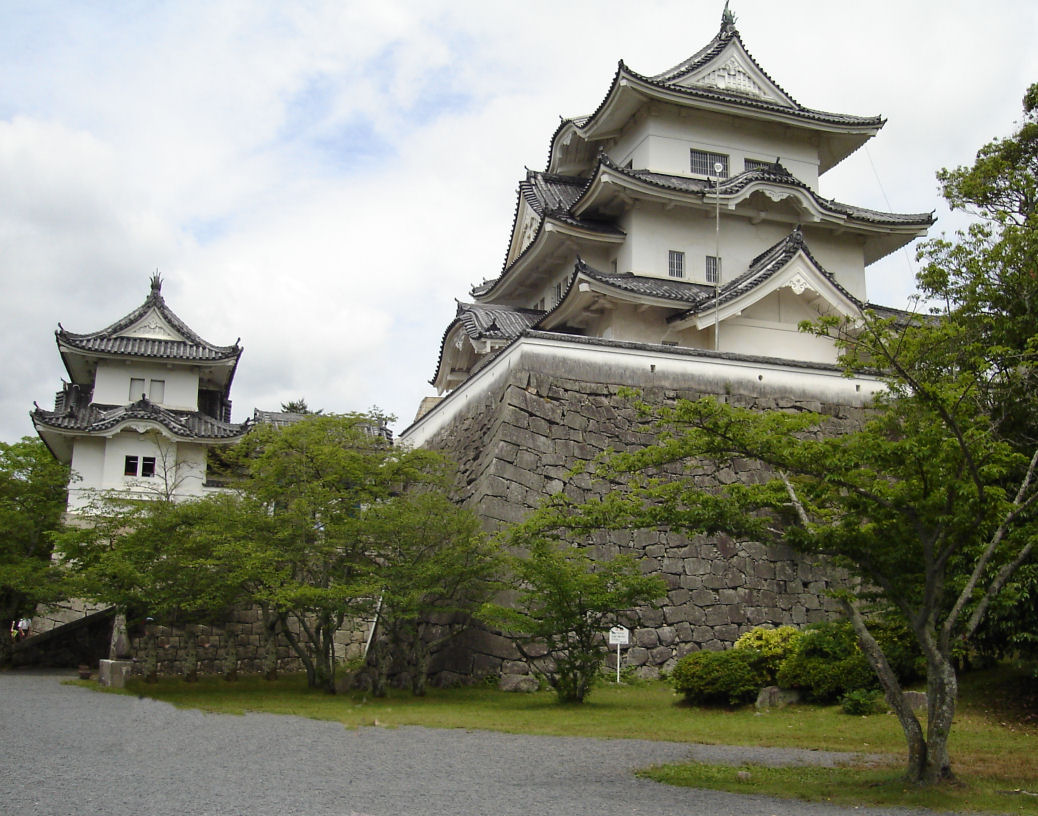 Now, to all these external circumstances, all one needs as an accelerator is General Ikai, a refugee from China with knowledge in strategy and the arts of war, and they had every opportunity for the development of their own independent Ryūha (sect, branch). Both, as a protection for their own existence and as a way to play an active role in the political development of Japan. In passing, it must be mentioned that in Sada (in Iga) there are places called Tojin Iwa (the Chinese Rock) and Karadobuchi (the Door to China’s Deep Water), which still remind us of the connection with China.

Nearby, southeast of Iga in the Yoshino Mountains is the place where the leaders of the shugendō sect lived. And south of Iga, located in the Kumano Mountains, is another sacred place of the shugendō sect. It is very likely that these yamabushi (mountain warriors) exchanged their philosophies and methods with the inhabitants of Iga.

In the Iga-Ryū there were many other Ryū with their own specialties and traditions, but the origin of all Iga-Ryū martial arts is said to go back to Ikai, who fled China to a cave on Mount Takeo. What he brought with him from China was first and foremost the knowledge of koshi jutsu (techniques against muscles and tendons), which he taught to Gamon Doshi (moralist), among many others. Gamon Doshi and his student Garyū Doshi are considered to be the founders of almost all martial arts in the region of Iga.

But there is a problem with this theory. According to Master Hatsumi and other sources in Bujinkan, Ikai fled China sometime between the years 1040 and 1050. The reasons for his escape were that he had fought with the people of Kitan and Xia against King Jinso (Song Dynasty in China) and was defeated. However, according to the history books, the Kitan and Xia states were still victorious at that time, and only when Emperor Hui Zong allied with Aguda of the Ruzhen between 1123 and 1125 could the Kitan and Xia states be defeated. So either the data of Hatsumi must be reevaluated or a connection between Yo Gyokko and the fall of the Tang Dynasty must be found out and who brought koshi jutsu to Japan.

It may also have been that Yo Gyokko brought koshi jutsu and Ikai brought the knowledge of strategy and Hicho Kakuregata to Japan and from both systems the origin of the martial arts in Iga.

Garyū Doshi introduced the Hakuun-Ryū, a school developed and named by Hakuun Doshi. Hachiryū Nyudo is another name worth mentioning because he probably passed on Garyū’s knowledge to Tozawa Hakuunsai, the first official grandmaster of Gyokko-Ryū. Gyokko-Ryū is considered a koshi jutsu school in most cases, but it is also an official school of ninpō.

Hakuun-Ryū was passed on to Kagakure Doshi (also known as Kain Doshi or Kumogakure Doshi), and it was Kagakure who taught this system to Nishina Daisuke. Daisuke founded the Togakure-Ryū and this, together with the Gyokko-Ryū, is one of the oldest traditions in Iga. Both styles greatly influenced the other schools in Iga.

Hatsumi Masaaki’s book Essence of Ninjutsu mentions Iga Heinabe Yasukiyo, another student of Gamon Doji. Because he was given a piece of land, Iga Hattori Minamoto helped Yoritomo in his fight against the Taira clan. He is said to have built a castle that became the origin of the Iga-Ryū. But Iga Heinabe Yasukiyo is said to have lived in the late 11th century and Minamoto Yoritomo in the late 12th century. Therefore, this story is doubted. On the other hand, Iga Heinabe Yasukiyo seems to be the basis of knowledge that Iga Heinai Saemon no Jo Ienaga, his twelfth generation descendant, used when he founded a school also called Iga-Ryū but later renamed Kumogakure-Ryū ninpō was renamed.

There is another story that establishes that Ise Saburo Yoshimoru was allied with Minamoto Yoritomo’s brother in the Battle of Yoritomo. That fits better into the story, even if it’s not sure yet.

All the different Iga-Ryū had their own line of soke (Japanese head of the family), but the Iga-Ryū as a whole also had a lineage of important individuals called jōnin. It is not uncommon to find the names of soke here as well, which were also soke in other Iga-Ryū.

The Grand Masters of Iga-Ryū

Below is a list of the Iga-Ryū jōnin up to the end of the 16th century. The year mentioned is not exact or the year the individuals were grandmasters but the year they were active.

The Families of the Iga-Ryū

The accumulated knowledge of the Iga-Ryū was developed and protected by 45 families. These families were:

Some names are very interesting. For example, Tozawa, because Tozawa Hakuunsai was also the first soke of the Gyokko-Ryū, one of the 9 schools in the Bujinkan.

Momochi was one of the most famous families and Momochi Sandayu was without question the most famous Ninja leader along with Hanzo Hattori. Momochi Sandayu and three of his descendants were soke in the Gyokko-Ryū and Koto-Ryū in the 16th century. They had also inherited schools from the Sakagami family. In the 17th century the Gyokko-Ryū, Koto-Ryū, Kumogakure-Ryū, and Togakure-Ryū were continued under Toda Seiryū Nobutsuna. Later, the Gyokushin-Ryū was also passed on to the Toda family. Other names that have a direct connection to Bujinkan are Ishitani, Izumo, and Iga.

Schools Related to the Iga-Ryū

Here are some Ryū that were part of the Iga-Ryū and traditions of the Iga province:

This list is not complete, as many Ryū disappeared from history. The Iga-Ryū and Kumogakure-Ryū were a single Ryū because Iga-Ryū was simply renamed Kumogakure-Ryū. The Gikan-Ryū and Gyokushin-Ryū were both developed from the Gyokko-Ryū.

An exact transcription of the Ryū’s histories is almost impossible. There are several reasons for this, firstly because the martial arts were often passed on as kuden (word-of-mouth teachings) and not written down. Another thing is that the soke often issued more than one menkyo kaiden (final mastery of a martial art) to give the Ryū a better chance of surviving. Other Ryū, on the other hand, had only one person who would become the next soke, and if the master died unexpectedly, his Ryū died too.